James specialises in commercial litigation and wills and inheritance disputes.

He acts in disputes between business owners, professional negligence claims, and property and  insurance litigation. He has particular experience of complex disputes between shareholders in owner managed businesses. He is described in the Legal 500 as “bright and very good in cases with an overlap with employment”.

James is a solicitor advocate who has successfully represented clients in courts and tribunals around the country. He also regularly represents clients in mediations and negotiations.

A leading mediator endorsed James’ approach in mediations, stating “In a mediation a solicitor needs to keep a clear focus on the commercial realities while protecting the client’s position vigilantly. James manages to do this while deftly encouraging counter-parties to respond meaningfully to constructive proposals, which isn’t easy to do”. 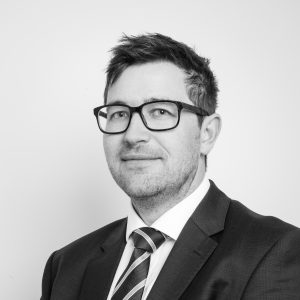